Paola Patrignani, graduated at the Biological Science Faculty of “La Sapienza” University of Rome, was trained and received her PhD at the Institute of Pharmacology, Catholic University, Rome, under the direction of Dr. Carlo Patrono.
She worked for 2 years as Postdoctoral Research Fellow at Le Centre Hospitalier of the Laval University (Quebec, Canada) and at the Department of Pharmacology of Merck Frosst (Kirkland, Quebec, Canada).
She was Associate Professor of Pharmacology from 1998-2002 and since 2002 she has been Professor of Pharmacology at the “G. d’Annunzio” University of Chieti, School of Medicine. She is a member of the Italian Society of Pharmacology and of the Steering Committee of the Center of Excellence on Aging of the “G. d’Annunzio” University.
She received the Upjohn Award (1981) and the “Henry Christian” Award (1991).
Prof. Patrignani’s expertise is in the area of arachidonic acid metabolism and in the clinical pharmacology of antiplatelet and anti-inflammatory drugs. Prof. Patrignani has co-authored 93 papers in peer-reviewed journals and 21 chapters in books; she presented several invited lectures at scientific meetings or Universities.
She is a reviewer for the following international scientific journals: Biochim Biophys Acta, Thrombosis and Haemostasis, Circulation, JAMA, Clinical Drug Investigation, European Journal of Clinical Investigation, British Journal of Pharmacology, Clinical and Experimental Rheumatology, Science, Gastroenterology, Clin Pharmacology & Therapeutics, Blood.
During the last two years she received the following grants: M.U.R.S.T. (ex 60%); Center of Excellence on Aging (M.U.R.S.T); FIRB; AIRC; PRIN; pharmaceutical companies (Merck & Co., Novartis, Pfizer, ACRAF, Nicox); EU project FP6 (EICOSANOX). 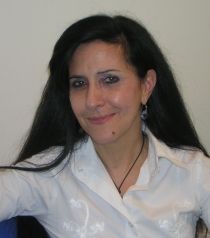