Actually he is working in Melloni M. University Hospital, Milan, Italy and is Chief of Gynecological and Obstetrical Department, and Endoscopic Service.

Congress and Courses
He was organizer and scientific secretary of many Workshop and Congress.
He is one of the organizer and Secretary of the University Permanent Course of Laparoscopy, in collaboration with the Obstetrics and Gynecology Department of Clermont Ferrand and the Veterinary Department of the University of Milan.
He was invited as Speaker to many national and international Congresses.
He was President and organizer, in collaboration with Prof. Luigi Fedele, of the “World Congress on endometriosis and pelvic pain”, held in Milan on May 2006.

Publications
He is author and co-author more than 300 papers. 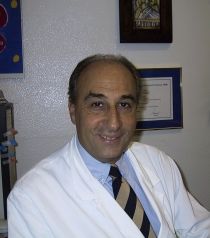