Professor Lorraine Dennerstein is Foundation Director of the Office for Gender and Health, Faculty of Medicine, Dentistry and Health Sciences at The University of Melbourne, Australia. She previously established and directed the Key Centre for Women’s Health at The University of Melbourne from 1988 to 1996. In 1995 Professor Dennerstein was appointed a Personal Chair at The University of Melbourne. She was also the Foundation Director of the Department of Psychological Medicine at the Mercy Hospital for Women from 1988 to 1993.
She was President of the International Society of Psychosomatic Obstetrics and Gynaecology (ISPOG) and the International Society for the Study of Women’s Sexual Health (ISSWSH) and has been active in other medical organisations. She is a member of the editorial committees of 3 international journals and author/editor of 22 books and over 300 journal articles/chapters in books.
Major research projects have focussed on phases in women’s lives where there are hormonal, social and psychological changes occurring simultaneously: menstrual cycle, pregnancy and postpartum, and menopause. Professor Dennerstein carried out research on the menstrual cycle for over 15 years. Her team's studies included assessing daily changes in hormones, moods, sexual interest and other symptoms over whole menstrual cycles in a sample of 150 women, randomized double blind clinical trials of progesterone, duphaston, and alprazolam in the treatment of PMDD and personality and hormonal characteristics of those presenting with premenstrual complaints.
At present Professor Dennerstein is chief investigator on a population based study of Australian women’s experiences of the menopausal transition, now in its fifteenth year. Major and unique aspects of this study have been the study of wellbeing, sexuality, symptoms, CVD risk factors and bone density and their relationship to a range of variables including hormones, age, stress, lifestyle and other health experiences.
Professor Dennerstein has completed a number of projects for major international agencies: Commonwealth Awards for Excellence Program (Commonwealth Secretariat); a report on Women and Occupational Health (WHO); and a report on Women, Bioethics and Human Rights (UNESCO).
Professor Dennerstein's contribution to medical education and to research in women's health was recognised by the award of the Order of Australia in 1994. In July 2005 she was awarded a Gold Medal for Lifetime Achievement in Sexuality Research by the World Association of Sexology (WAS). 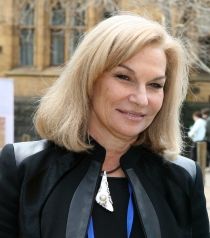